I’ve been thinking about Russell Sprout lately. (If you missed his passing, it is mentioned in an earlier post about loss in general, 8 Lessons about Letting Go.) He was pretty aloof most of the time, not what I expected. I’ve had such affectionate cats, that I didn’t know what to do with a cat that wasn’t interested in very much human contact. In all fairness, Pixar was such a love-bug that Russell Sprout probably didn’t have much of a chance to get close to me.

I got Russell Sprout from the human society, where he had been fostered since he was picked up as a very young kit. His mother was feral, and volunteers culled the kittens after their eyes opened so that they could be socialized and adopted out. We were determined to keep Russ in the house because of the homeowners’ association that demanded that cats not leave owners’ property. They had the animal control trucks tour our neighborhood regularly just to remind everyone they meant business. Russell Sprout would have none of that. He made a run for the door every time it opened and tried to escape. Once, he made it out and didn’t come back.

We put up fliers and scoured the neighborhood. No sign of him. Eventually, my husband and I agreed that Russell Sprout we were wrong to prohibit Russell Sprout’s true nature. We decided we would install The Cat Fence, so that he could at least go into the backyard for his outdoors fix, yet be prevented from leaving the yard. On cue, Russ returned home. We installed the cat fence, and he used the dog door to go in and out as he pleased, and peace was restored.

Russ loved the garden. He tending the grapes, tomatoes, tomatillos, basil, and peppers with care. The garden was where he was fully in his element. Whenever I complimented him for the beauty of the plants and the vegetables we harvested, his tail rose straight and tall with pride. He felt totally responsible for all the goodness in the garden, and I believe he was right!

During his last year, when he got really sick, his demeanor changed. He suddenly wanted to be around me and would snuggle with me when I was on the computer. He began to sleep between my pillow and my husband’s at night. He often woke me in the night making biscuits with his claws out and purring loudly. He wasn’t mellow and happy at all; I realized he was anxious and trying to comfort himself. I asked the vet to help him with palliative care for his cancer. What she offered wasn’t enough, but when I added hemp CBD oil, we got his pain under control.

I think that he was surprised to discover that my presence comforted him. The cuddles, the affection, and care I gave him was a bit of a surprise to him, I think. Until then, he really didn’t see the need for humans. He shared our home, as it was convenient for him, but he remained aloof until his illness. Wherever he is now in the afterlife, I hope he thinks about my love for him and the closeness of that relationship. 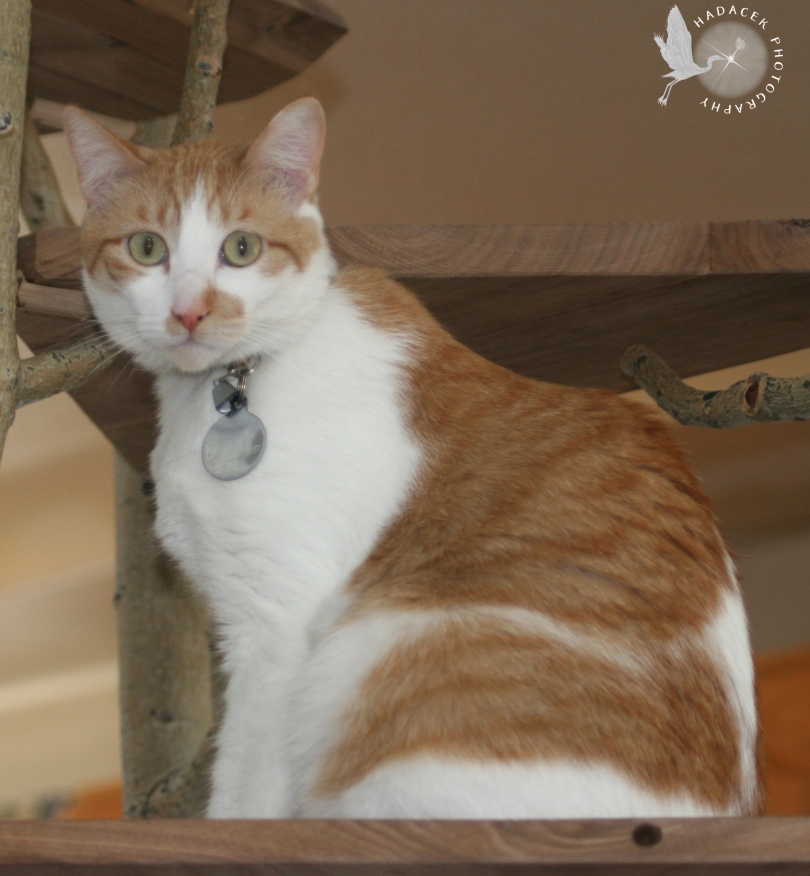 Russell Sprout helped me to learn how to accept others’ love in whatever form it was extended rather than expecting everyone to love me the way that I wanted them to. I recognized his way was different, and I accepted that. It was a relationship in which we both learned something. Thank you for a good life together, Russell Sprout. You are missed.