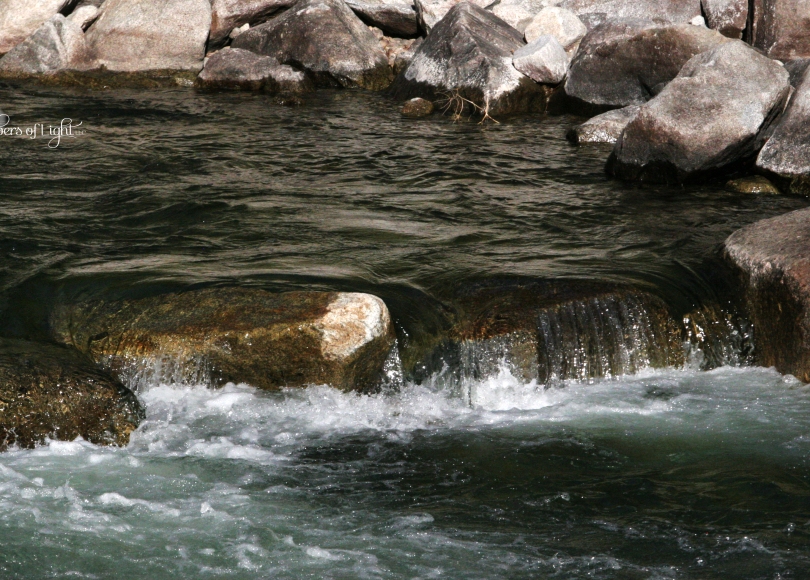 After living in the flow fairly consistently for the past three years, I found myself out of the flow several months ago. I felt like my life had been paused. Nothing was moving forward; the days looked the same, and everything bored me. I have so many projects going on that I should never get bored. I just move from one to the next, as time and my mood dictate. Even my to-be-read stack did not interest me, so I knew there was a problem; I just wasn’t sure how to fix it. I asked the universe to help me understand the problem.

I was listening to a video by an author I admire, and she said that boredom was a sign of being stuck. To stop being stuck, I needed to remedy a decision that I hadn’t made. Ah-ha! And at that moment I knew the problem and how to fix it. I had been inspired by a project several years ago, which I’ve worked on and then paused several times. I was waiting for the right time to move it on to the next step of its journey. I was afraid of rejection, criticism, and disappointment, so the time never seemed right. We have free choice, so I rationalized that I could let it sit, unfinished, if that was my choice.

Apparently, I was wrong. Because doing nothing was not a decision that supported my life. If it was a trivial matter, I doubt I would have seen this effect. This must be a bigger deal than I thought, though, because it has been a sticking point.

Recognizing this, I took several actions to move this creative project on to the next phase of production. The result? Everything in my life is also moving. Every creative project is moving forward; the housework is moving forward. My 9-5 job has taken an accelerated course as things are being supported and completed faster than I had any reason to expect. It was as if a giant plunger suctioned out the clogs in every part of my life!

We have free choice, but an unfavorable decision will still lead to an unfavorable result. When I make a decision to step off my life’s intended path, I get a gentle correction. I see people who are economically stable and cared for but are nonetheless unhappy and unfulfilled, and I wonder where they strayed from their path or made a decision that did not support their life’s work. Can they ever return to their path? Yes; I think that it’s often like the GPS – their soul is constantly recalculating to bring them where they need to be. I’m so grateful that I heard the hint and understood its worth. As your own change agent, I encourage you to see if there’s an important action that you’ve been putting off. Was there a decision that you haven’t made?