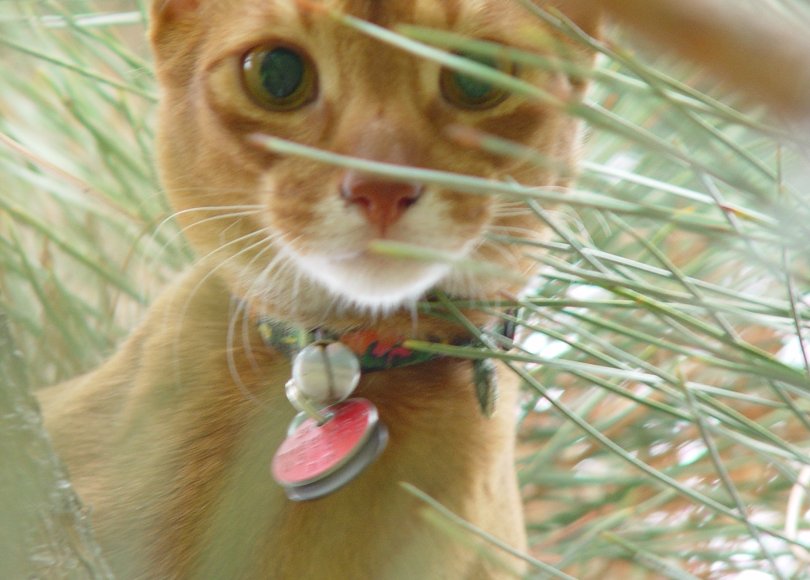 I was abandoned by my best friend two days ago, when he allowed himself to die. I find it difficult to forgive him for leaving me when I’m not ready to let him go. In Honey and Salt by Carl Sandburg, he speaks of love:

“Bidden or unbidden? How comes love?
Both bidden and unbidden, a sneak and a shadow….”

It is the same with death, which comes both bidden and unbidden. Although my friend Pixar seemed to insist on it, I resisted. My sweet Abyssinian cat Pixar (aka Pix, Pixie, and Pixie-doodles), has been leaving hints for a year that he was preparing to die. When one of our other cats stepped up to try, amateurishly, to pinch hit for Pix by snuggling and sleeping with me when Pixar didn’t feel up to it, I knew with a sense of dread that they were preparing me. There were many other signs, too, none of which I wanted to believe. Those of us attuned to Pixar knew that he, for whatever reason was ready to die. But no matter how prepared he was, I wasn’t, and didn’t know how to let go.

I can’t help but feel abandoned. How could he leave when he knows how much I need his loving touch? When I first began to be sensitive to energy, I discovered Pixar working his healing magic on me. One night, as we prepared to sleep, he curled up by my head on the pillow. He reached out with his paw and touched my temple. I could feel a ripple of energy come out of his paw and pass over my face and down toward my neck and shoulders. He was working on me all the time, making him more than companion and friend, he was also a healer of significant measure. A gift from my husband, Pix came to me nine years ago when I was very ill, and he worked on me constantly. I’ve been in complete remission for five years now, and I believe that his love was part of my recovery.

Unusual for a cat, Pix was outgoing. He’d greet me at the door every night when I came home from work, and frequently greeted visitors as well. He loved to travel and camp with us. He’d ride in the car curled on a lap, snuggling a shoulder, or sprawled on the dashboard. He enjoyed the journey as much as the destination.

I don’t know why he needed to “transition” now, although I’ve had a few hints. I’m not sure I’m ready to see the bigger picture today. All I can address are my feelings in The Now. I just don’t understand why our love wasn’t enough to keep him here. My logical mind understands the answer, but my heart won’t listen.