We’re all familiar with the introvert/extrovert divide. There are lots of ways to generalize about

people, some constructive and some not, but that is one I think of frequently. It helps me understand why 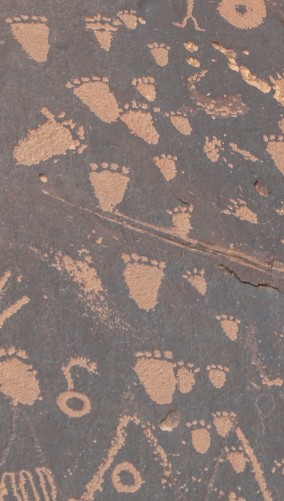 some people may have a different preference. I often think of people using the distinction of detail-oriented vs. conceptual or perhaps feeling vs. analytical. I’ve come to realize that there is another way in which people are either one or the other, and very little in between: you can be a group person or an individual. Some people see a bunch of people as a group and apply group rules. For example, people who grow up in large families or high-population areas may automatically approach things in the construct of “what’s good for all of us?”

I came to this conclusion today talking to someone from a large family who had observed her individualistic spouse trying to fit in with her very large family. There were significant misunderstandings by the group-oriented family as they struggled to understand his need to have a little alone-time. There was a bit of culture-clash as each struggled with the other’s social construct. One felt more comfortable as one of a group; the other felt at home as an individual – no group needed.

As we talked, I realized how much this explained my confusion in many social situations. I don’t approach much as a group. Put me in a room of a hundred people, and I see a hundred individuals rather than a group. I don’t have the natural inclination to push people to conform to fit in with the group, and I don’t want anyone to push me, either. I am an individualist and realize that I, once more, am missing some social construct that I didn’t even know had existed.

It explains a lot, though. Last night, I was visiting a group that urged us to recall a moment when everything went just perfectly. It could be anything. Everyone who spoke had examples of things like the perfect moment that a group came together or they bonded with another person.  All the examples I thought of were things I had done alone. Once another person entered the picture, a new level of stress entered into the picture as I had to consider another perspective in everything. Those moments were never the perfect ones in which I felt so aligned with who I really am that I experienced the moment as an expanded spirit– perfectly in sync with the world.

Yup, it’s also confirmation that no matter how you slice it, I’m introverted. Groups tend to distress me a bit.