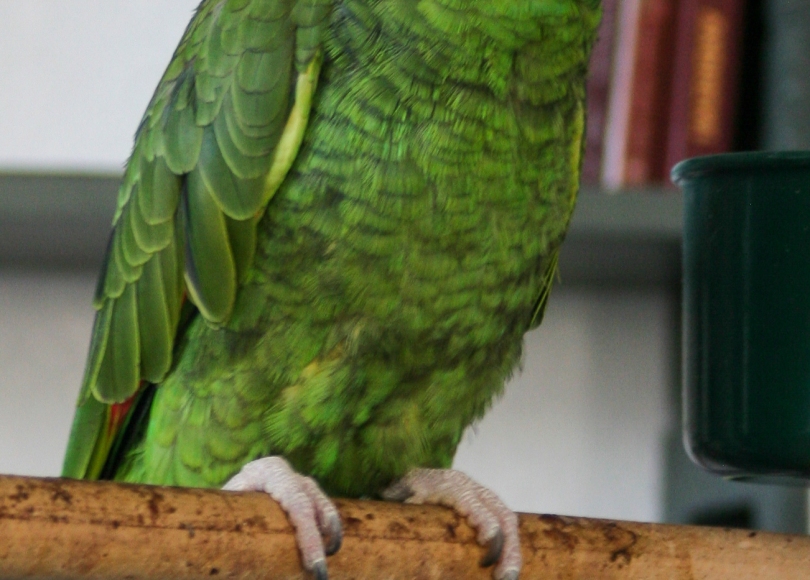 Rescue organizations are full of “lost” pets, right? Not necessarily.

An animal communicator I know tells me that many of these animals consciously ran away from a home they didn’t want. They were willing to risk euthanasia to find a home that suited them more. I heard what she said, but it didn’t really sink in until recently.

A Facebook friend reported finding a “lost” dog. She called the number on the dog’s collar and the owner came to claim his dog. Feeling like a Good Samaritan, she returned the dog to his owner, only to watch the man kick the dog and yell at him. The Good Samaritan called the police, but since the man owned the dog – just like, say, a piece of furniture—he took the dog home with him. Whoops. The dog had almost made it to a good family – he found a kind lady who cared about animals and thought he’d found respect — only to go back to the abuser.

My daughter found a neighborhood dog last year, and I took it upon myself to find the owner. The intact male dog wasn’t welcome by my pack, and I was desperate to find his owners before difficult decisions had to be made. I placed a Craig’s List ad within an hour of the dog coming to my home. Another Craig’s list reader cautioned me to be sure that the person who claimed the dog could prove ownership. I required the person who claimed the dog a couple of days later to show me photos of her with the dog. She had plenty of pictures, and the dog couldn’t wait to get in her car, so I figured it was a match. The dog had probably just smelled a female in heat, jumped the fence, and couldn’t find his way back. I helped him go home, and was happy with the result.

I’d like to think I could have done things differently. Like let the dog loose again rather than see him go back to an abuser. Like not handing him over to a man that didn’t have sappy love photos with him and his dog (don’t we all have those?). Or can’t produce hundreds of photos on his cell phone of his smiling/sleeping/hiking dog, because he recognizes that the dog is one of the most beautiful beings in his world and wants to be with him all the time.

For all the tender-hearted out there, just be aware that everyone isn’t the same way. When you find a lost pet, do what you can to help an abused pet escape and a loved pet reunite with his family. It may be hard to tell. I have several rescue pets, though, and sometimes the best thing a person can do is to surrender their pet to the chance to find a happy home – because sometimes there really is a happily ever after.

Lessons from My Cockatoo