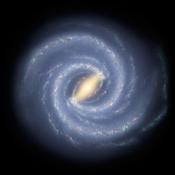 There are many ways to slice and dice people into different groups. I happened to see a television show today

which characterized the world in different terms: those who believe in UFOs and aliens, and those who don’t. The ones that don’t believe in UFOs look like they have an extreme need to control their environment by denying anything that is inconvenient or expects them to re-examine some basic beliefs. For their sakes, I hope they’re right and we’re alone.

My experience has been that many people believe, they just don’t admit it publicly. So let’s look at the believers. There are three groups. Two sub-groups are cut and dried: they believe all aliens are good or conversely, all aliens are evil, here to exploit and enslave us. Hmmm. Is anything in the universe and beyond that is so simple as one point of view for everyone? Then there are the critical thinkers that believe that aliens may come in many different shapes, sizes, species, and appearance. They speculate that some may be augmented by machines and they wonder how and where they would go and why. It’s a beautiful intellectual adventure for this group to envision what else could be out there.

I‘m not afraid of disorder, and I spend a lot of time questioning life around me. So, there’s probably no secret which group I belong to. I love watching shows about space, astrophysics, aliens, spacecraft, planets, and the stars. For me, it is a creative pursuit – candy for my imagination. When I watched the show today as I made my breakfast, I wondered what the scientists were overlooking. Where had they based their thoughts on errant assumptions? I could think of several questionable assumptions the scientists on the show made that excluded some pretty interesting outcomes. If I stop trying to control the situation, and let myself wonder what could be possible, my thoughts and dreams take flight! Why settle on the pedestrian life that I know when I can dream of far more? I can be a realist and deal with what is in front of me. The legal profession requires that, and I can do it. But the times that I can dream this way make me really feel alive! I can see far beyond this time and space, wondering what else is possible. What makes you dream big, this way? What gets your imagination going? What stimulates your creativity?